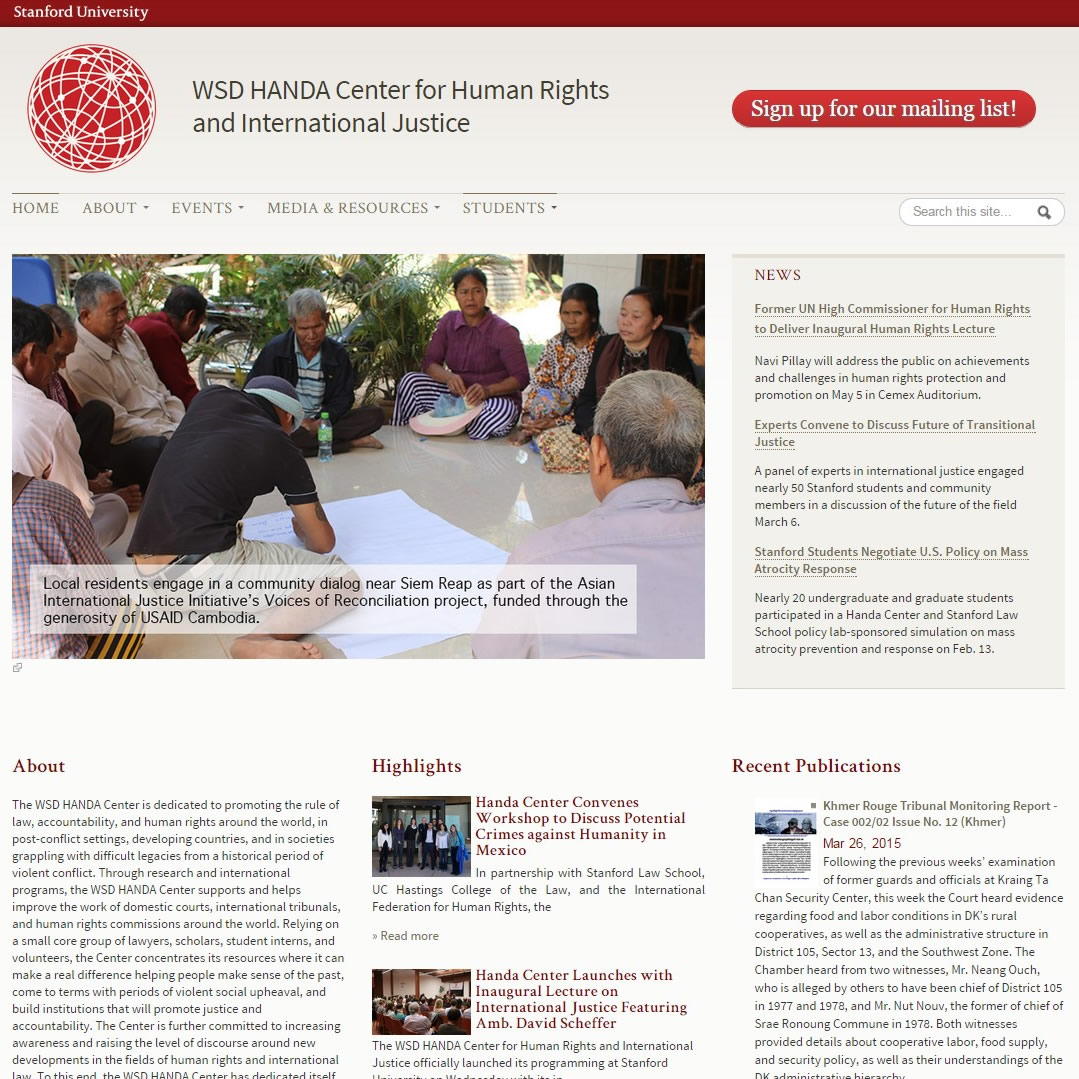 We migrated UC Berkeley's War Crimes Study Center from Wordpress to Drupal 7, and added some new features, such as a responsive theme, before launching the new Stanford-hosted site.

Some of the new or improved features added include the following:

The Wordpress to Drupal migration wasn't nearly as difficult as we initially thought thanks in large part to the Drupal Wordpress Migrate module.