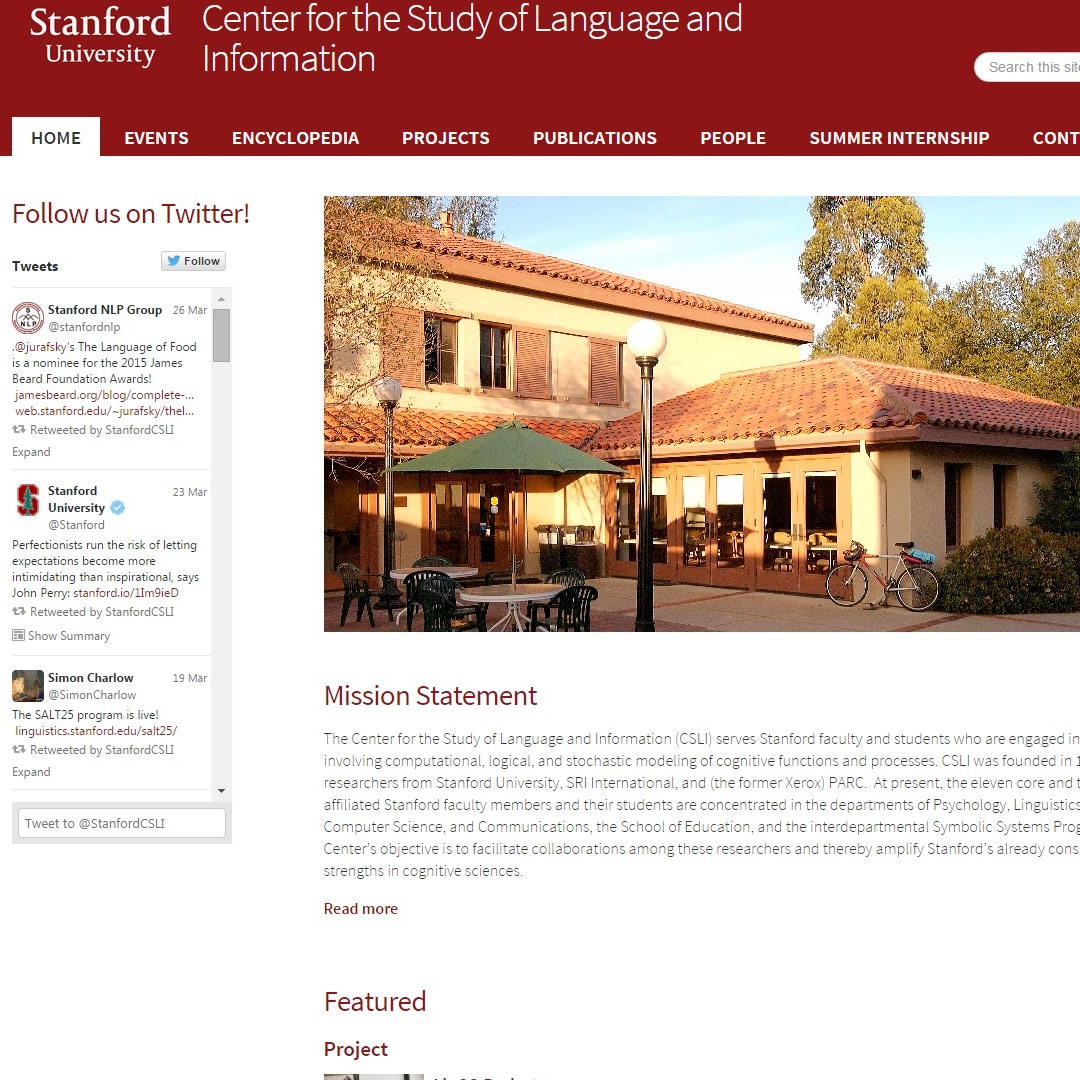 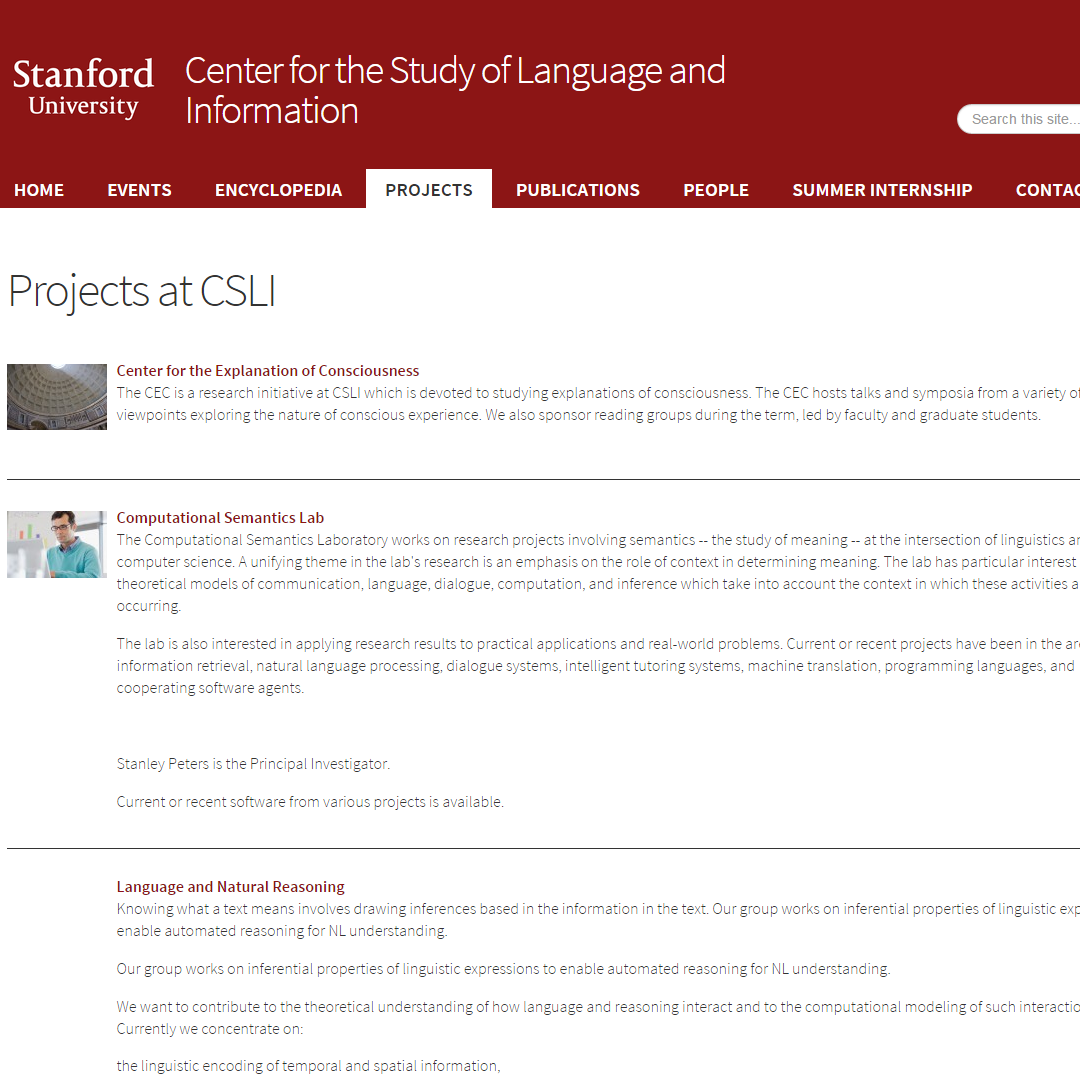 We upgraded the Stanford Center for the Study of Language and Information site from Drupal 6 to 7, and added some new features, such as a Twitter feed, after the upgrade.

The upgrade process for this particular site involved the following steps:

For this site, the most troubling part of the upgrade process was dealing with the Organic Groups modules. Much of the hierarchy and configuration did not upgrade properly, so we pretty much wound up re-working the project section from scratch.